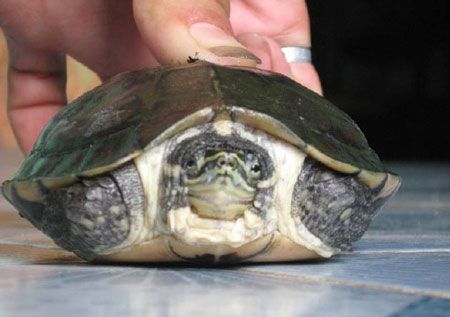 The Asian Turtle Program (ATP) of Cleveland Metroparks Zoo (CMZ) has worked since 1998 to promote TFT conservation through awareness, training and research activities. The Mauremys annamensis Project (MAP) has focused on the critically endangered and endemic species in central Vietnam with a permanent field presence since 2007. MAP activities have included surveys, community meetings and wildlife protection department training in key areas. With the threats to this species now fully realized it received full protection in 2006 under Vietnam’s principal wildlife protection law, Decree 32.

The goals of MAP are:

Following extensive surveys in Quang Ngai province in 2008 the MAP team has increasingly worked with the provincial Forest Protection Department (FPD). Community meetings were held during October and December in Binh Son district where Mauremys annamensis have been seen in local trade and good habitat remains.

The FPD has shown an increased interest in TFT in the province since activities started. In January 2009 the FPD mobile enforcement team confiscated 19 TFT, comprising six Mauremys annamensis, 2 Cuora bourreti, 1 Indotestudo elongata, 1 Heosemys grandis, 4 Ocadia sinensis, 4 Cyclemys pulchristriata and 1 Malayemys sub trijuga. All were placed at the Turtle Conservation Centre (TCC) in Cuc Phuong National Park, northern Vietnam. Importantly the Mauremys annamensis rescued represented the first confiscation of the species since 2000 and increased the captive founder stock of the TCC by almost 50%.

In April 2009 a special three daily training workshop was held for 22 Quang Ngai FPD, environmental police and fisheries department officers. Although focused on Mauremys annamensis, other training included species identification, map reading and information collection for field records. One new topic highlighting the importance of cooperation and the roles of enforcement, research and awareness in conservation aimed to encourage greater future collaboration.

In addition to a focused field program Mauremys annamensis is also fortunate that a Taxon Management Group (TMG) in the United States and Europe was established for the species and that the TCC has been successful in breeding and raising the species in captivity. This provides the possibility for release of TMG surplus animals back into the wild. Careful planning and monitoring will be necessary with genetic variations in subpopulations and disease transmission needing consideration. The risk of collection for released animals is also very real with awareness, protection and monitoring activities running in conjunction with any release.

Key reintroduction phases would be:

Repatriation
A group of Mauremys annamensis from abroad would be returned to Vietnam and held for an additional quarantine and screening period at the TCC where an experienced keeper team exists. Initially 100 animals will be received into two additional holding cages which will be constructed to accommodate these turtles. Media coverage will be significant for these first Vietnamese-American (VieKieu) turtles returning home, highlighting the importance of the species and the overall need for TFT conservation in Vietnam.

Captive holding and dispersal site
In Quang Ngai province a small breeding and holding facility will be established focusing on Mauremys annamensis . The facility will be managed through cooperation between MAP and FPD with local staff trained in captive management techniques. All animals transferred to the site with be given PIT tags to aid future monitoring. Initially some of the 140 animals already maintained by the TCC, mostly captive bred, will be transferred followed by repatriated turtles in the future.

Primary site: will be monitored daily by local MAP team with FPD involvement. An area of wetland will be established as a Mauremys Conservation Area (MCA). Land will be either allocated by local People’s Committee or FPD, or rented/purchased. Management of the area will depend on the location with secure fencing a possibly requirement. Local communities will retain limited fishing rights to the area, fishing will be supervised using approved turtle friendly techniques. Additional local staff will be employed to work as sight wardens while bi-monthly trapping at the site will monitor the secure turtle population.

Secondary sites: Community wardens will be employed at the sites with weekly/fortnightly patrols made by the MAP team. Without fencing animals will be allowed to disperse over a wider area. Monitoring will be difficult, but bi-monthly trapping and possibility of radio telemetry will be undertaken.

Tertiary sites: Mauremys annamensis will be released with awareness activities in local communities and bi-monthly trapping. Through monitoring these release sites and protection methods along with local trade we will determine the value of these methods for future use. The FPD and community involvement in releases will encourage greater community and enforcement agency support of TFT conservation, taking a step closer to a safe environment for Mauremys annamensis in central Vietnam. 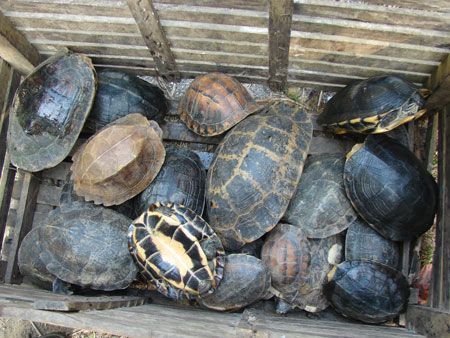 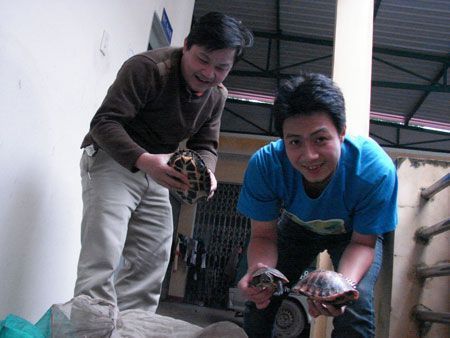 Above: Bui Dang Phong of the Turtle Conservation Centre (left) and Nguyen Chi Nhan of the MAP check the initial health of the animals. Photo by: Nguyen Van Thai 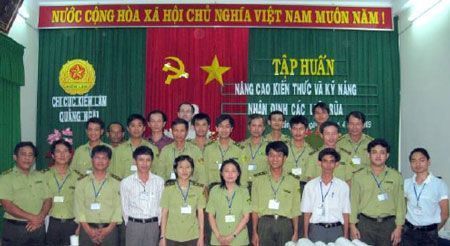 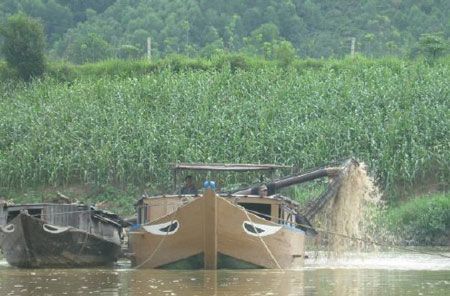 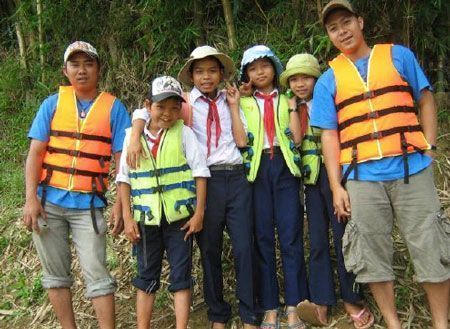 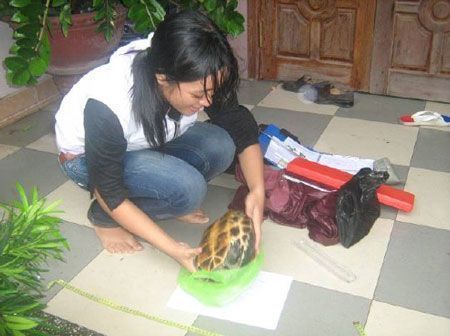 Above: Tran Thi Anh Huong from Da Nang university weights a Mauremys sinensis during surveys for her thesis with the ATP. She also found three Mauremys annamensis 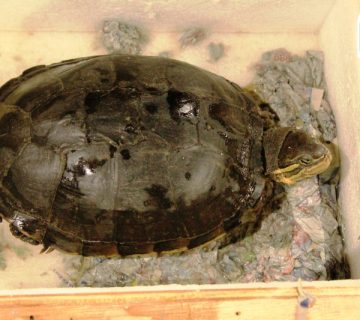 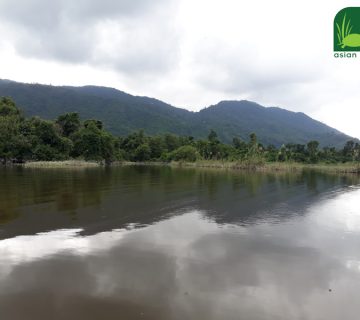 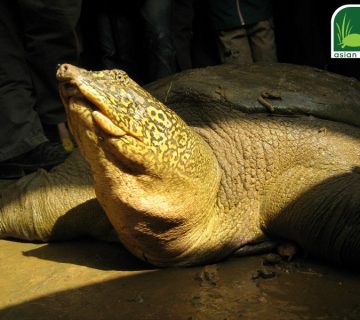 15% of the world’s top 25 most endangered tortoise and freshwater turtles are found in Vietnam.